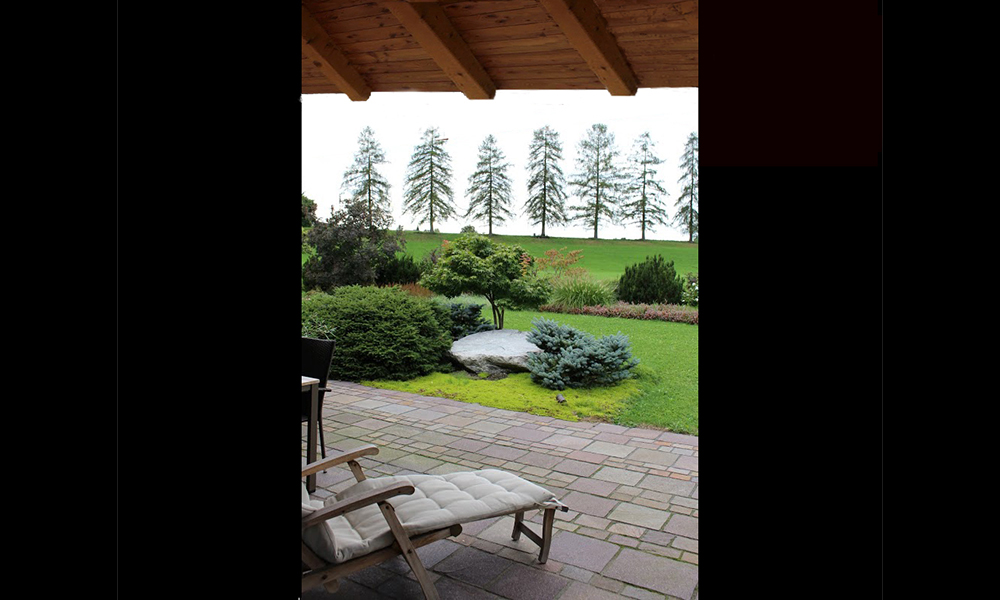 There is more to design than meets the eye.

And there are more and more clients asking that alternative design approaches be implemented into their projects to create better architectural experiences for them and their clients.

In this search for alternative approaches to a better architecture, Feng Shui is a leading, non-traditional influence, asked about in securing a quality investment through design, for their living and working environments.

As practicing architects educated in the principles of Western European and American architecture, we see this questioning as an opportunity to explore, analyze, and interpret the principles of Eastern cultures, within our own design process.  In studying this unfamiliar practice, we and our clients have the working opportunity to look behind the presented face of Feng Shui, and other non-measurable design considerations, for meaningful connections that nourish design, in more than just rhetoric.

Just as a modern day physician must be able to speak to the pros and cons of holistic and naturopathic principles of health care, so too the modern architect needs to be responsive to placing nontraditional design considerations into their projects.

Here in the North West, and along the whole pacific coast, a ‘Pacific Rim’ culture has influenced art and culture since the first Native Peoples crossed the Bearing Straight from Asia. Our current ties to Pacific Rim nations nourishes new connections in shared considerations of modern art and architecture.

We can say of the Pacific Rim Nations that East and West designations are blurring around the edges.  With Asia, to the west of us; we here on the East side of the Pacific Rim,  can easily call Asia, our western view of life, as Asia can call us their eastern view.  What is shared between us grows into new forms of working artistically together.

In placing the principles of Feng Shui into this western view of architecture, two aspects emerge for the architect to balance:

In an ideal sense, a western architect today, needs to become a poet and spiritual scientist in objectively observing and experiencing the unmeasurable practices of design from around the world, then articulating them into truths understood here in our Western cultural experience.

Goethe as the 1st modern poet and spiritual scientist.

From our western view, Goethe, as poet and scientist, was the West’s first example of a spiritual scientist. In his research and development of ideas, Goethe, in the 1700’s,  planted into western cultural and scientific thinking, an inclusive attitude, that allowed intuitive and unmeasurable observations to be accepted into scientific analysis. This creative openness blossoms today in our creative thinking, which allows us to think ‘outside the box’ in making connections, around the edges of our perceptions. Goethe accepted into his thinking an understanding that something can be known both inwardly and outwardly, between measurable nature and un-measurable nature, experienced through direct observation and contemplation.

In a Goethian design dialog, a nonmeasurable and holistic respect for the elements of human and organic nature are seen inseparable.  Goethe saw life originating from archetypal forms, inclusive of human and elemental existences.  Goethe held the ideal that measurable expressions of nonmeasurable scientific forms can be observed and studied through observation and analysis.

Finding the truth & good in everything.

As architects we think, feel, and will, our way into connections between each other and our environment.  This is somewhat easy to do when practiced as a way of ‘finding the truth & good in everything’.  This approach to the study and implementation of non-western design considerations, can be used as an approach into an exploration and development of the non-measurable ideas of Feng Shui. From a point of open-mindedness, one can put on the culture of study and live within it. Learning through it, in understandings and enlightenments, meaningful in the connections found because of  it.

There are many connections between all design concepts that weave through all cultures.

The following few observations are a starting point which every western Architect and Feng Shui master know as truths.

-The key to all site orientations, is the direct experience that the sun rises in the east and sets in the west.

-If you want to heat a house with the sun it is the easiest to face it south.

-Living poetically in this knowledge many sub orientations of a house can be developed into beautiful nourishing spaces; as in locating a breakfast area facing east to create a beautiful space for drinking a cup of coffee in the early morning sunshine. Or locating bedrooms on the north side for darkness and coolness for sleeping.

-Extending this thought of morning sun into a commercial environment; one can create a successful restaurant serving breakfast out side if an outdoor terrace is designed that faces east bathed in morning sun light.

-We know that even in Seattle, a house can be designed so that for 4-5 months out of the year no artificial lights need be turned on within the house, during daylight hours, if  properly orientated and provided with a hierarchy of windows, doors and overhangs, modulating the quality of light entering the house.

-The use of sun light (and moon light) can create beautiful progressions of light and shadow forms, experienced through the day, the seasons, and life times.

-We know that water runs downhill, and should never run towards a house. A house built with the utmost respect for the element of water, in keeping it out of the intended dry areas, creates a healthy house.

-We know that air moves as a stream flowing through a house, and areas within a house that create blockages to this flow become stagnated and stale, as if pools of unhealthy water.

-We also know that drafts are equally unhealthy and placement of seating and beds within bedrooms and living areas inappropriately can be problematic.

-We know that a respect for gravity creates balance, and harmony within a design.

To this list there are countless more common sense design practices, that architects worldwide use every day.  Whether they are explained through Feng Shui principles or by western scientific evaluation and analysis, or other experiences, they all speak to a respect for and a wisdom of man and nature.

Feng Shui can easily be understood and used successfully in this context of common sense. Or as we can say in our shared relationship on the pacific rim, … “The Feng Shui, of America looking west, can be understood in Asia, as their looking east”.

Feng Shui as a spiritual view, set within a western spiritual scientific view, can, in thought forms, become nourishing inclusions and poetic understandings of design, seen in body, soul and spirit relationships of humans, nature and architecture.

Western culture has struggled through the last 3000 years in the development of a path to the spirit, through observable truths.  Before this the world of spirit was much more transparent to the everyday observer, as in China, Western spiritualism and Feng Shui could be explained in much more fluid forms of understanding than we are able to see today.

For a western architect to fully accredit the principle of Feng Shui, beyond physical common sense understandings, a cultural digestion of common soul expressions shared between all people in the physical world is needed to be searched for.

Making connections across cultures in a modern observation of architecture through expressions of ‘Body, Soul and Spirit’.

-When we look to the world of soul, in a western observation of architecture, we can hold in our feeling life, Carl Jung’s research into archetypes, as cross cultural expressions of the nature of mankind.  Jung addressed in his research the spiritual and physical nature of signs and symbols within our daily lives as the archetypes that all humanity has in common as their inner soul nature connection of physical life to spiritual ideals.

-When we look to the spirit world of architecture, expressed in unconscious realities found in architecture, we can hold in our willing life, the inspirations of the spiritual scientist and architect, Rudolf Steiner, addressing the nature of mankind in a universal symphony of a creative cosmos, where humans evolve through their thinking feeling and willing, as expressions of evolution through time and place of this Earth life.

Observing Feng Shui in light of western, and eastern concepts of Body, Soul and Spirit, we find that there is a truthful and consistent dialog between them in thinking feeling and willing.

Where Feng Shui is not appropriate and is typically subject to ridicule by western consciousness is when it is used undigested, not thought through, and placed dogmatically into a design.  Blind faith in the unknown is not truth; just as only measured reality is not truth.  There is more than can be seen in combining the measurable and unmeasurable into a spiritual science of architectural inclusion, which could be called an ‘Organic Modernism’, in its desire to manifest the reality living behind all physical, and nonphysical, experiences of life.

What any architect or Feng Shui master brings to the design, beyond their practical knowledge, is their own sense of self in the cosmos. To this end one can only design to the level of their own inner development.  For in the end what is noted as good design comes through the individual; never a manual.

*As an observation, and interesting aside to this paper, my wife and I had our 80-year-old house ‘Space Cleared’ … of a past built up energies, from previous owners, and our own family stresses, in preparation of a room for our first child to sleep in. A friend who has immersed himself in the Feng Shui of  ‘Space Clearing’ as practiced by Karen Kingston, was asked to go through the house, and the new baby’s bedroom.